Civil War, What Makes a Great Mega Event and How I will Remember It!

Civil War has left a massive impact on the Marvel 616 Universe, I want to compare it to Infinite Crisis and 52 that Distinguished Competition aka DC comics has/is publishing and tell you why in my opinion Civil War will be remembered a little more fondly and with a little more respect as an event. 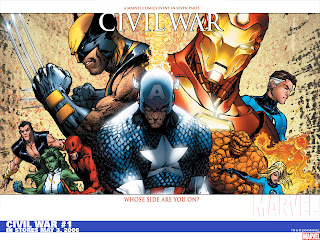 Civil War, for those of you who live under a rock and don't follow comics (you know who you are!!), is a Marvel event that redefined the relationships, characters, and climate of the Marvel 616 universe. Marvel Comics Mega-Events are no longer some super-villian attacks New York, all the villains rally around him, all the heroes rally, big fight, good guys win. Instead heroes are either pro-registration or anti-registration. Without spoiling it too much, there is a disaster that wipes out a small suburban neighborhood raises the question of should heroes who are completely untrained be allowed to wield their power without consequence from any kind of authority? To make it simple, Captain America thinks heroes should still be allowed to work unimpeded by the government or anyone else, and Tony Stark believes that every hero should register with the government, make their true identity public, and essentially no longer operate as a loner. Needless to say the ending wasn't what most fans who didn't read spoilers, were expecting.
And then there is Infinite Crisis (IC to save me some typing from now on ;)! 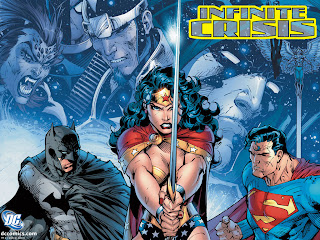 Infinite Crisis was suppose to make the convoluted continuity of the DCU make sense or maybe not even ever have happened(they usually pick and choose on the latter to suit their fancy). Heroes of Earth 2 punch their way through a wall and the universes collide, collapse, and for little reason the two Supermen fight, because that is cool, and in the end we have a even more convoluted weekly cash grab, and One Year Later titles that strictly follow status-quo. My biggest problem with Infinite Crisis is actually not the series itself, which was not without it's charm, but was rather with 52. 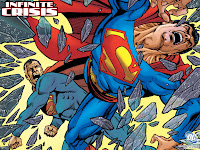 The whole idea of 52 and One Year Later in my opinion, kind of prevented Infinite Crisis from really ending. Superman titles were awesome until he got his powers back (in a manner befitting Spider-man 2). Now Superman titles are slipping into a very silver age status-quo style, and where the silver age was great for it's time, right now it comes off cheesy and one can almost feel embarrassed reading it. DC needs to start listening to what their readers want, and start writing for the age their audience is. Now I realize some of you readers out there are probably thinking I'm coming down on IC and DC in general a little hard, and yes I am. Because this could have been a new Golden Age for DC and frankly they blew it. They always build up hype about something and then blow it. They've blown One Year Later, just like they blew all the potential Smallville had as a show. Now we hear about COUNTDOWN, another weekly series, that's probably leading to another crisis. So basically we have another cash grab, possibly another crisis on the way, and because the multi-verse still exists what was the point of IC again? Convoluted is the name of the DC game. I've never understood why the company can't just admit they screwed up, have another crisis (why not at this point) and restart the universe. Write stories from a starting point that has no baggage, this time listen to the fans, and free yourselves from the reins of horrible and convoluted continuity. 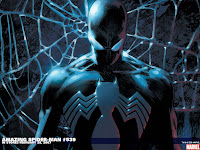 Civil War has massive impact on the relations the heroes have with each other and the government, whether they are hunted by the authorities, asks the reader to question whether the end justifies the means, and reminds us all the life just isn't fair. Infinite Crisis was...well we don't really know what it was now. Was it the collapse of the multi-verse? Well, no it wasn't, and it wasn't a change in characters really either, it really only took characters out of character. I guess we will have to keep reading 52 and also 52 issues of countdown to figure it all out! So maybe in a year it will seem worth it! 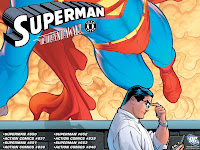 I like DC characters, but I hate what they do with them. Hopefully after Countdown, after all the major events are finally done in the end there will just be some great, fresh stories that aren't status-quo. Make Mine Marvel for now, they are the best at what they do, right now Marvel is great, and with the Ultimate Universe going strong Marvel is by far my favorite. DC will eventually get better, I certainly hope so. In the mean time the titles from DC I would recommend are Superman/Batman, Green Lantern, The Flash, and the Brave and The Bold. Also The Spirit is awesome, even though he isn't really part of the DCU it is one of the best titles being produced by DC.