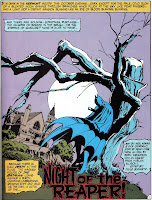 The 70's were an exciting and revolutionary time for comic books. DC was doing great with Dennis O'Neil and Neal Adams revamping Batman, bringing him back to his dark roots. Over on the Marvel side Spider-man was more popular than ever with Stan Lee and John Romita Sr. making Peter Parker's life all the more complicated. But everyone who has ever read a newspaper article on comics probably knows the names of Adams and Romita. In fact, if they watched the DVD special features on some of those Spider-man movie DVD's they would probably figure out who John Romita Sr. is pretty quickly. But there were many other incredibly talented artists doing extraordinary things in comics in the 70's who probably won't get a DVD special feature anytime soon, so I am going to, over the course of two posts, write about a couple of my personal favorites. 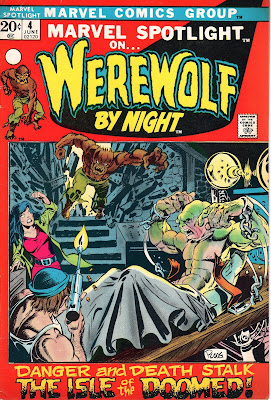 Mike Ploog worked on Leathernecks, an U.S. Marine Corp. magazine during the latter part of his ten year enlistment, and did mostly art and photography with a bit of writing. Ploog is best known among fans of comics from the 70's as the initial artist on two of my favorite comic books of all time, but especially my favourites of the 70's: Ghost Rider and Werewolf by Night!
Mike Ploog was an apprentice to the great Will Eisner, so it's no surprise that his art was easily some of the best in the business. He initially sent in a western sample to Marvel when Eisner letterer Ben Oda and artist Wally Wood encouraged him to do so, and got a call back to do Werewolf by Night. Thank goodness for the decision to give Ploog a horror title. There is a certain knack for horror that his particular style has, which made him perfect for Werewolf by Night, and later one of the best artists Ghost Rider has ever had. The Eisner influence is clearly seen in much of Ploog's work, the issue of Marvel Spotlight #4 featuring Werewolf by Night is a great example of the heavy inked style that Eisner was so famous for. Much of the great Eisner design influences are here, but Ploog adds a little something of his own. Eisner had a very noir feel to his comics, while Ploog shows he has a real gift for making people look truly afraid. Healthy glowing smiles can all too quickly become waxy expressions of sheer terror. The innocent can quickly meet a dreadful demise at the hands of a cursed abomination. Ploog can do something few artists can, he can create an atmosphere that makes you look up from the comic book in your hands to make sure you are safe. Few can do that, and Mike Ploog does it well. Enjoy these other Ploog covers while I get busy writing part 2! Good day citizen! 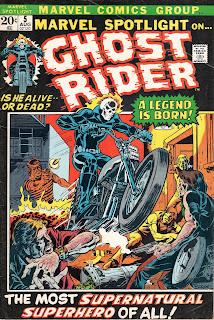 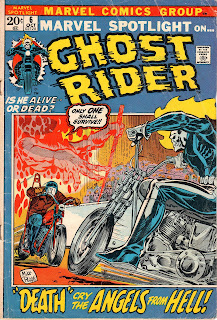 Posted by Bobby Paycheque at 11:38 PM No comments: